After breakfast we left Haukanhieta behind and went on our merry way toward Helvetinkolu. The trail’s about 11 kilometers in total, it took us from noon to 6 PM to complete. The terrain was pretty even except all the way East where it started going up and down in the form of stairs and hills. 11 kms isn’t that much but the constant uphill-downhill brought a healthy sweat on our brow. There were rock formations and ravines with a tiny bit of snow left. Our friend, the Ice Age, had been busy. And frogs, they were everywhere!

The day cottage of Helvetinkolu

There were a lot of people in the vicinity of the day cottage but then again, it was the same in Haukanhieta. The trails that ran between were very quiet, save for a few passers by but by the amount of garbage, you could tell it was a popular spot. Nearly every bin was filled with wrapping papers and soda/beer cans. But we spent a good while in the area, so there was a moment when we got to enjoy the scenery at its purest. We felt calm and even a bit patriotic, gazing down at Finnish nature. I usually focus on my own performance, so a ”traffic jam” like this is no big deal. I’m not a huge fan of big crowds, though. Especially near ledges.

We prepared our water-coconut cream mixture with rice, dehydrated vegetables (onions, celery and bell peppers) and chicken. We forgot to let the meat soak so it was a bit hardy but the Trangia did a surprisingly good job! The coconut cream made it a little too filling, so it wasn’t fun hiking uphill after that. But perhaps trying to choose your meal locations by how easy it is to walk an hour later, is a bit too neurotic.

From our way back from Helvetinkolu we didn’t take that many pictures, because we’d already documented all the ”necessities”. I’m proud to say we didn’t bite off more than we could chew when it comes to distance. Heikki’s poor clothing preparations (and a family matter) forced us to pack our stuff at around six o’clock and drive back home…after an Omar doughnut and some minced meat pies we got from the store. But the trip was not in vain, no sir. Body and mind were in balance again, even after such a short visit. 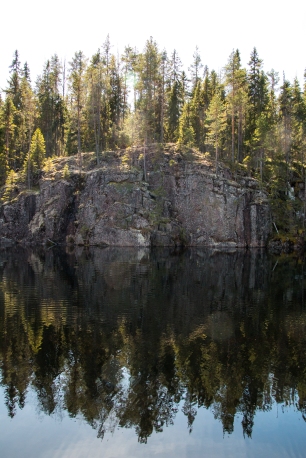 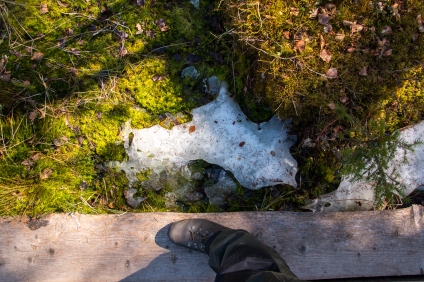 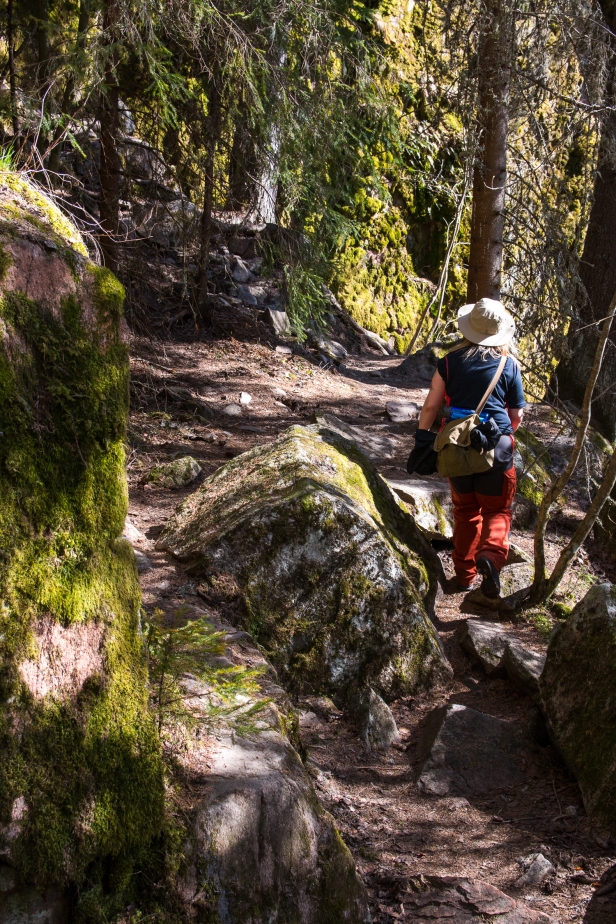